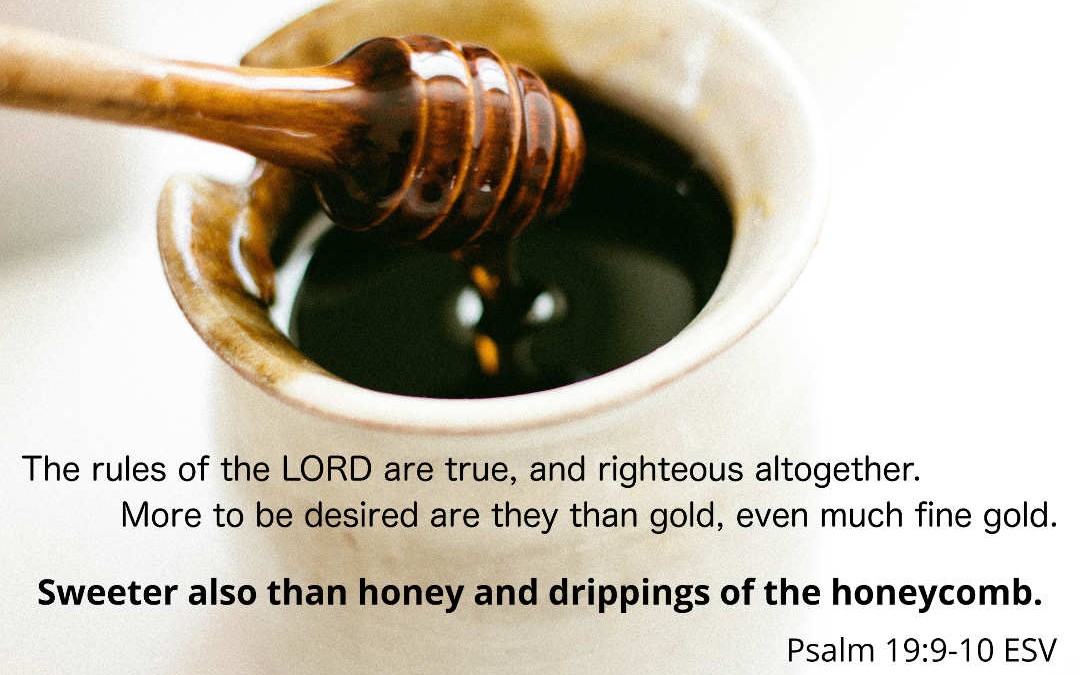 It was Francis Bacon who wrote:

God has, in fact, written two books, not just one. Of course, we are all familiar with the first book he wrote, namely Scripture. But he has written a second book called creation.

This sentiment arises directly from Psalm 19. Yesterday, we looked at the incessant, universally reaching message in God’s book of creation in Psalm 19:1-6. Theologians call the witness of creation general revelation, because God has revealed something about himself in what he has made. In particular, creation endlessly focuses on recounting the glory of God and the wonder of his handiwork (Psalm 19:1).

But natural revelation is not the only way in which God has revealed to us something about himself. When God speaks to us directly in his word, theologians call that special revelation, which gives us an altogether different quality of revelation. Differently from general revelation where we can only infer certain aspects of God’s attributes, in special revelation God speaks to us directly to us—covenantally to us. We should not miss the fact that in Psalm 19:1-6, David speaks of what creation teaches us about “God,” but that in Psalm 19:7-11, David speaks of his understanding of the LORD, Yahweh, which is God’s covenantal name.

Pay attention to the intimate, personal reflections that David offers about the Law as he turns his attention from the Book of Nature to the Book of Scripture in Psalm 19:7-11:

8the precepts of the LORD are right,
rejoicing the heart;
the commandment of the LORD is pure,
enlightening the eyes; 9the fear of the LORD is clean,
enduring forever; the rules of the LORD are true,
and righteous altogether. 10More to be desired are they than gold,
even much fine gold;
sweeter also than honey
and drippings of the honeycomb. 11Moreover, by them is your servant warned;
in keeping them there is great reward. (Psalm 19:7-11 ESV)

This is a fascinating meditation on the Scripture that in many ways anticipates the more extended reflection on the Law in Psalm 119. But for now, there are three aspects of this passage that I want to highlight.

One of the very first things that David says about the Law is that it is “sure, making wise the simple” (Psalm 19:7). In the book of Proverbs, the “simple” are those to whom Lady Wisdom calls out, pleading with them to turn in to her so that she can make them wise (Prov. 8:5; 9:4); however, the “simple” are also those whom Dame Folly targets and seduces to their destruction (Prov. 7:7; 9:16).

But the wisdom that David has in mind is more precisely the wisdom that Adam and Eve sought out in the Garden of Eden from the Tree of the Knowledge of Good and Evil. God had told them not to eat of that Tree, promising them that they could eat of the Tree of Life if they obeyed him. The decisive reason that they disobeyed God, however, was that Eve judged the tree to be “to be desired to make one wise” (Gen. 3:6). Instead of trusting God, Adam and Eve chose to seek out wisdom according to their own understanding—listening to Satan rather than God. Because of their sin, they died, along with the rest of humanity after them.

Look at a couple of other ways in which David alludes back to the first chapters of Genesis here in Psalm 19:

The Law Outlines for Pure and Righteous Living

But David also describes a different angle on the Law—that the Law gives us a blueprint for what pure, righteous, and holy living should look like. In these verses, David says that the Law is “perfect,” “sure,” “right,” “pure,” “clean,” “true,” and “righteous altogether.”

If you want to know what God loves and what God hates, look to the Law. God poured out the burdens of his heart into the Law, establishing guidelines for seeking justice and for living righteously in his sight.

The Law is More Desirable than Anything on Earth

It’s important to understand, then, that David loves the Law because he loves God. David understands that pleasing God through obeying the Law is far better—and “more to be desired”— than gold, or “even much fine gold” (Psalm 19:10). The Law is not only better than fine gold, but it’s “sweeter also than honey and drippings of the honeycomb.” And finally, David recognizes that there is “great reward” by keeping the Law—implicitly, that the Law offers a better reward than any other reward he might seek.

The Lesson of the Law: Desire God in His Holiness

Honestly, this kind of language makes Christians a little uncomfortable. We get squeamish when we read people in the Bible praising the Law because we worry about becoming legalists. If we praise the Law, are we suggesting that we can be saved apart from the atoning death and resurrection of Jesus Christ?

If we do, then we have completely missed the beauty of the Law. The New Testament teaches very clearly that the Law does not have any power to save us, but we also learn in the New Testament that the Law is good. Jesus insisted that he did not come to abolish the law, but to fulfill every iota and dot of it (Matt. 5:17-20). The Apostle John insisted that only those who keep God’s commandments abide in God, and God abides in them (1 John 3:24). Even Paul, who so fiercely contended for the doctrine of justification by faith alone, insisted that “the law is good, if one uses it lawfully” (1 Tim. 1:8).

What the Law teaches us, then—and what David tells us at every turn in Psalm 19—is that God is holy, and that his holiness is the most desirable thing that we could ever hope to possess for ourselves. The Law is perfect, reviving, sure, wise, right, joyful, pure, enlightening, clean, everlasting, true, righteous, valuable, sweet, and rewarding. Who wouldn’t want to know the God whom the Law reveals?

So how does the Law fit into the life of the Christian? How are we to understand the Law and relate to it as people who find our justification only in Christ by grace and through faith? We’ll talk about that more tomorrow as we finish out Psalm 19.