What the Gospel Teaches Us through Jethro (Exodus 18) 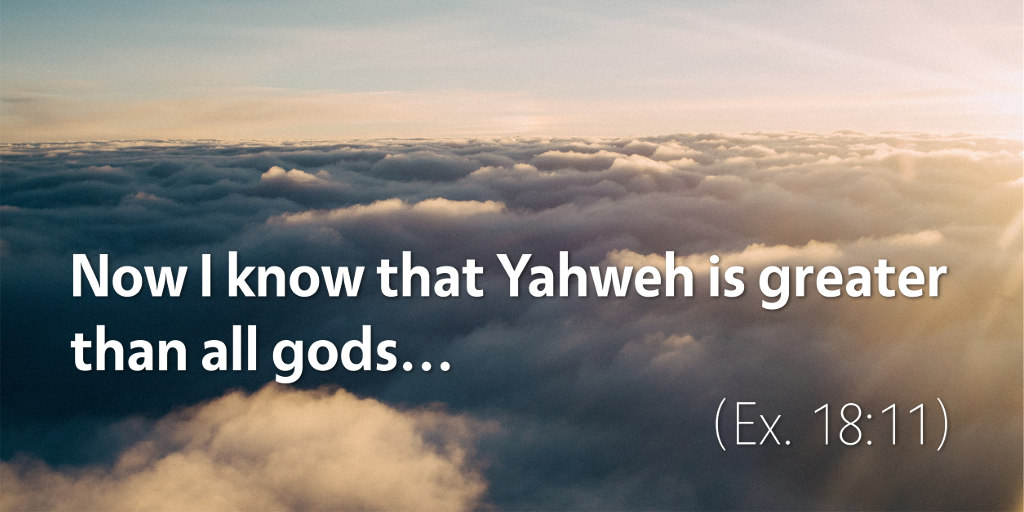 Exodus 18 contains something of an interlude between the stories of the exodus of Israel out of Egypt and their wilderness wanderings on one side, and the giving of the Law at Mount Sinai on the other side. At that moment just before receiving the Law, Moses’s father-in-law Jethro visits Moses, worships Yahweh with Moses, and gives Moses advice about how to lead and judge the entire nation of Israel.

This is a curious story in some ways—it’s hard to see at first what this account adds to the narrative in Exodus—but there are some profound things happening here that exalt God’s glorious gospel to the nations. This passage helps us to learn what the gospel teaches us by looking back at what God has done, looking forward to what God will do, and looking around at where God has placed us today.

Looking Back: The Gospel Teaches Us What God Has Actually Done in History

The story of Jethro is a story that begins much earlier than Exodus 18—in fact, Moses’s relationship with Jethro began all the way back in Exodus 2, when Moses met and married Jethro’s daughter Zipporah (Ex. 2:18, 21; in Exodus 2, Jethro goes by the name “Reuel”). Moses worked for Jethro, caring for his father-in-law’s flocks, until Yahweh sent Moses to Egypt to set Israel free from their bondage to Pharaoh.

From what we read here in Exodus 18, it seems that Moses and Jethro must have had several conversations about the God named Yahweh. Jethro was not ignorant about spiritual matters, being “the” priest of Midian (Ex. 18:1)—a suggestion that Jethro was actually the high priest of Midian—but it isn’t until this passage when Jethro finally comes to faith in Yahweh:

We get the impression that Moses must have told Jethro about Yahweh—and all that Yahweh had called Moses to do—but that the Midianite priest must have been skeptical. So, what made the difference for Jethro? Why does he believe now?

Because Yahweh had objectively defeated the Egyptians and their gods to redeem Israel out of their bondage.

Jethro must have heard stories from travelers about all that Yahweh had done to break the back of mighty Egypt, and even Eliezer, Jethro’s grandson, had a name that meant “God is my help,” since Moses had said, “The God of my father was my help, and delivered me from the sword of Pharaoh” (Ex. 18:4).

What’s so important to see here is that Jethro, the high priest of Midian, converts not because of a warm feeling, or because he thinks that Yahweh worship is beautiful, or because he feels that the worshipers of Yahweh were nicer or better in some way than other worshipers. He converts to worshiping Yahweh because of what Yahweh had done.

This is so important. The gospel isn’t about how our lives have improved or how much happier we are or even about anything regarding us at all. The gospel is about God and what God has objectively done in history.

In history, God actually redeemed and rescued his people Israel out of Egypt, and in history, God actually sent his Son into this world to take on human nature, suffer, die on a cross for our sins, rise from the dead, and ascend to reign with him at his right hand. These are true, objective facts, and if they were not true, then all the good feelings in the world couldn’t redeem our religion.

The gospel is about what God has done for his people through his Son Jesus Christ, of which the exodus out of Egypt was merely an early foreshadowing.

Looking Forward: The Gospel Teaches Us About Someone Greater Than Moses

Let’s make five simple observations about this story that are important for understanding what’s happening here:

John Sailhamer points out that all of these observations closely resemble the description of Melchizedek given in Genesis 14:

From this, Sailhamer makes a fascinating suggestion:

The purpose of these parallels appears to be to cast Jethro as another Melchizedek, the paradigm of the righteous Gentile. (The Pentateuch as Narrative, 281)

We don’t have much time to explore the story of Melchizedek here (although I have elsewhere written more about Melchizedek here and here), but if Jethro is meant to resemble Melchizedek, then Jethro is meant to both bless Moses and also to illustrate Moses’s limitations. Just as Melchizedek blessed Abram (and “It is beyond dispute that the inferior is blessed by the superior”—Heb. 7:7), so also Jethro blesses Moses by helping him judge the people better, thereby demonstrating that Moses is not the savior of the world.

We see this all the way through the Bible. Everywhere we might be tempted to think that someone might be the hero of God’s story, we find their limitations. Noah gets drunk and sleeps naked in his tent. Abram humbles himself to be blessed by Melchizedek. David gets confronted by the prophet Nathan to rebuke him for his sin. Peter denies his Master three times before the rooster crows.

And Moses takes advice from his father-in-law about how to lead the people of Israel better.

This isn’t a knock on Moses, but a biblical acknowledgment that Moses isn’t the end of the story. It’s the suggestion that someone greater than Moses would eventually come—and that that Someone did come in the person of Jesus Christ—to be the savior of the world, a role that Moses was unqualified to fulfill.

Looking Around: The Gospel Teaches Us How to Love in the Midst of Conflict

So, we have so far situated the story of Exodus 18 properly in its context—looking back at the redemption of Israel out of Egypt, and looking forward to the coming of Jesus into the world. But we would be remiss if we didn’t acknowledge the profound wisdom that Jethro offers Moses.

Moses had been judging every dispute in the entire nation of Israel himself, so that he was spending entire days doing nothing but resolving conflict in Israel (Ex. 18:13–14). When Jethro saw this, he was shocked, concerned that Moses would wear himself and the people of Israel out if he continued to work at that pace.

Instead, Jethro suggested that Moses share the mantle of leadership with godly, wise men in Israel. He gave specific instructions about the caliber of person Moses should choose (“able men…men who fear God, who are trustworthy and hate a bribe,” Ex. 18:21), but he suggested that Moses should employ those men over appropriate numbers of people to hear their cases, with harder cases working their way up the chain until only the most difficult cases actually came before Moses. In this way, the people could get justice without burdening Moses every single time a dispute arose.

This is almost exactly what Jesus advises us to do if someone sins against us in Matthew 18:

“If your brother sins against you, go and tell him his fault, between you and him alone. If he listens to you, you have gained your brother. But if does not listen, take one or two others along with you, that every charge may be established by the evidence of two or three witnesses. If he refuses to listen to them, tell it to the church. And if he refuses to listen even to the church, let him be to you as a Gentile and a tax collector. Truly, I say to you, whatever you bind on earth shall be bound in heaven, and whatever you loose on earth shall be loosed in heaven.” (Matt. 18:15–18)

Paul makes a related point in 1 Corinthians 6, when he is shocked to hear that the Corinthian church has become litigious, suing each other in public courts. He says:

When one of you has a grievance against another, does he dare go to law before the unrighteous instead of the saints? Or do you not know that the saints will judge the world? And if the world is to be judged by you, are you incompetent to try trivial cases? Do you not know that we are to judge angels? How much more, then, matters pertaining to this life! So if you have such cases, why do you lay them before those who have no standing in the church? I say this to your shame. Can it be that there is no one among you wise enough to settle a dispute between the brothers, but brother goes to law against brother, and that before unbelievers? To have lawsuits at all with one another is already a defeat for you. Why not rather suffer wrong? Why not rather be defrauded? But you yourselves wrong and defraud—even your own brothers! (1 Cor. 6:1–8)

Paul is urging us to try our cases within the church by consulting someone “among you wise enough to settle a dispute” rather than dragging each other before the unrighteous courts of the world, spoiling our witness and making a mockery of the gospel.

So here’s the point of this story: God has redeemed a people for his own possession from the dominion of sin, death, and the devil through someone greater than Moses. And because of God’s redemption, he has given us each other—his body— to work through disputes and to care for one another even in the midst of conflict.

He hasn’t done it by giving us pastors and elders who do all the work, the only ones available to resolve conflict. Instead, he has done it by empowering us through the Holy Spirit to honor Christ by serving one another, being peacemakers, and then by also giving us wise people and leaders who can handle more difficult disputes.

And speaking as a Presbyterian, even when my one church doesn’t know what to do in a tricky situation (as often happens), we belong to a connectional denomination, and we frequently ask other elders from other churches for help, guidance, and wisdom.

And as we love and serve one another in and through conflict, we glorify and honor Jesus.